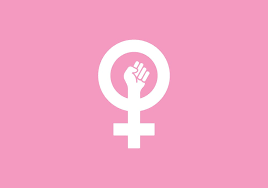 A lot has been said about feminism- what it is and what it’s not. A lot of anti-feminists have arisen fighting tooth and nail to counter the feminist ideology by portraying it in bad light. Likewise, many pseudo-feminists have tried to destroy the very ideals upon which feminism is entrenched by using it as an excuse to attack the male folks. How sad. I am a feminist. No apologies. I believe that men and women were created equally and therefore, should have the same rights. I believe that the world belongs to both male and female and none is superior to the other. I believe that men and women, though different, were created to be interdependent. No one can live without the other. For me, there’s no such thing as ‘we can do without the men’ or ‘we can do without the women’. No. We NEED each other. That’s the way it’s meant to be. But…I also believe in the Institution of marriage and the order with which it was created to run according to the Bible. In a marriage, there’s no such thing as two heads, only one – the man- and this in no way, translates to being superior. A man and his wife are equal partners with different positions. None is better than the other. None is above the other. However, one has been appointed by God to lead and that’s the man. Headship is NOT a position of superiority; it’s a responsibility. God is a God of order and he has ordained for the man to be held accountable for his home (See the story of Adam and Eve). I do not see the point of wives tussling for headship with their husbands. A two-headed creature is a monster. Marriage was created to model Christ and the church; Christ is the groom, we are the bride. Christ is the HEAD of the church. Here’s an example I believe you can relate to: If you attended a Nigerian school, then you know that every class always has a class monitor or class captain. Now, the class monitor is a student appointed by the teacher to maintain the sanctity of the classroom. Therefore, most times, when there’s a breakdown of law and order in the classroom, the class captain is almost always held responsible. The question is, does being the class captain make the student superior to his/her other classmates? However, because of his/her role or position, he/she can exercise some authority over the class and this is because he/she has been appointed by the teacher to do so. As a result of this, the students in that class are expected to respect or submit to this authority. It’s the same thing in marriage’ two equal partners, different positions. Feminism is not an attack on the ‘men dem’. It’s just a call to women to not be afraid to want more for their lives and a call to the men to not relegate women to the background and treat them as though their lives revolve around the kitchen and ‘za oza room’. Feminism is a call to women to step-up. Women can own fortune 500 companies, women can build empires, women can do whatever they set their hearts to. Success is not for men alone. This is not a man’s world. It is OUR world. A woman’s femininity should not be the excuse to keep her silent. Women have the right to be heard. A woman’s marital status should not determine whether or not she deserves to be respected. This is what feminism-true feminism- seeks to correct. So yes, I am a feminist. No apologies.Photo Credit: Google images

What to do in Difficult Seasons

What’s Wrong with my Hips?